The Nokia N96 goes into high bracket with 16GB

Its official, at the Mobile World Congress Nokia rolled out the N96, which pushes the envelope by incorporating 16GB of internal storage along with a microSD expansion slot for even more addition. Like its predecessor, the N96 packs a 5 megapixel camera with Carl Zeiss Tassar lens, but with the addition of two LED’s applying flash and video duty. 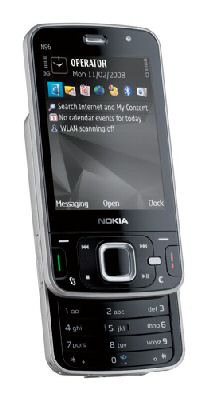 Nokia’s N96 has a 2.8 inch QVGA screen along with DVB-H mobile TV tuner, integrated stereo speakers handle the audio, A2DP and 3.5 headphone jack. Want more? Well there’s AGPS, WiFi, morphing light on the second slide with game controls for N-Gage. Expect in the States in Q3 with a rough price tag of $797.