The Mobile World Congress has packed a punch this year with new phones and sure not to be left out Gigabyte wanted a piece of the action, so they went ahead and unveiled their all new Gigabyte G-Smart MS800 mobile phone which should be released spring 2008, we do not know what price they have on it as of yet.

The Gigabyte G-Smart MS800 smartphone which obviously is part of their G-Smart series has some pretty impressive specs to suit some of you.

Some of these specs on the 3.5G phone include quad-band GSM/EDGE, 520MHz Marvel CPU, SiRF Star III GPS, FM radio, HSDPA at 7.2Mbps and a 2-megapixel camera. We are not to sure yet on what version of Windows Mobile it is but we are guessing it will be none other than 6.1, oh yeah it also has a 2.8-inch QVGA display. 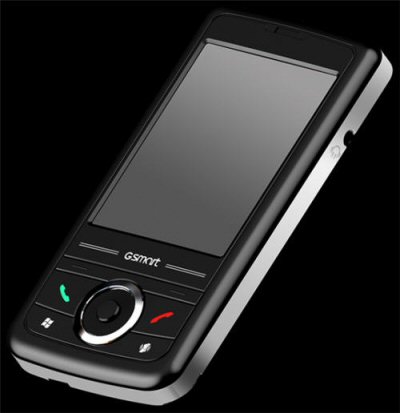