America, the land of the huge lawsuit especially it would seem in the IP world. The newest patent infringement lawsuits have been files by an outfit called Intellect Wireless, whose suits take in a handful of patents with one being in regard to Caller ID. Now this isn’t new as we all know of another company who have been suing Apple, however this time the suit comes from a different company and is suing different companies.

Intellect Wireless files its suit in Chicago against US Cellular, Virgin Mobile USA, Helio, and T-Mobile USA. Intellect Wireless claim these carriers infringed upon some Intellect owned patents involving “wireless image messaging” It appears three patents are in doubt, all issued more than a decade ago back in 1997. 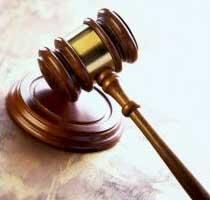 One of the patents involves technology which enables “Picture Phone with Caller ID while the other two are related to “Method and Apparatus for Improved Paging Receiver and Systems.”So the question is are these suits worthy of settlement, well if not then there is going to be one big fight coming up, so we’ll just sit back and watch to see how it all pans out.