Hot behind the announcement of Apple’s iPhone SDK we have Sun jumping in to announce they will be making sure their Java works well with the iPhone and iPod Touch. Sun, famous for their Java Runtime make the announcement after looking over the iPhone SDK with a view of porting the Java Virtual Machine for iPhone use, the result of which was Sun found they could make it happen, which is contrary to Steve Jobs statement that Java would be a burden.

Eric Klein, Sun Jave marketing VP made the announcement to bring Sun’s Java, a variant of Java Micro Edition, the platform used for mobile handsets to the iPhone SDK. He said: “We’re going to work to make sure that the [virtual machine] offers the Java applications as much access to the native functionality of the iPhone as possible.” 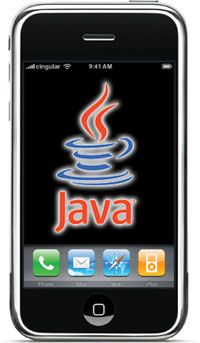