HSDPA for BlackBerry confirmed by RIM

Mike Lazardis, President and CEO of RIM confirmed the company is developing a HSDPA BlackBerry. These comments came during an FT interview with the paper asking the CEO what his latest squeeze was, and the replay was:

“One of our prototypes – a 3.5G BlackBerry. It’s very fast over third-generation networks that have HSDPA.” 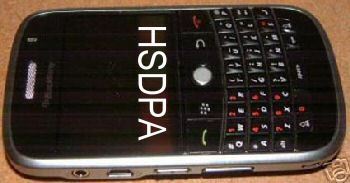 This news will be great news to BlackBerry fans that want faster internet access away for a WiFi connection. Previously this year rumours were about that RIM was developing a 9000 series BlackBerry which would carry HSDPA as well as WiFI which would be out sometime in 2008. There you have it, we’ll keep you posted.