Apparently Pocket-lint has heard from their sources close to Microsoft that it will announce its refreshed operating system Windows Mobile 6.1 on April Fool’s Day. This new version is seen as a stop gap to keep users pleased until the launch of Windows Mobile 7.

There has been an abundance of screenshot wandering the internet, mostly blogsphere which shows the system to have been simplified by having the screen show less clutter than version 6. Apparently 6.1 will being a new look along with new homescreen, new fonts, task manager, and copy and paste function, which all means more improvement on Microsoft’s handset OS. 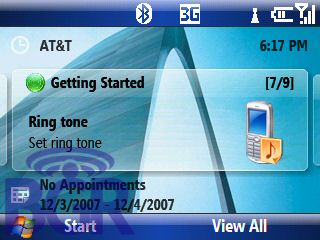