It is common for gaming licenses of blockbuster movies to be brought out as games on PC/console, and now the same can be said for the mobile industry as well. Now this has shifted to the realms of the Bollywood movie, where a mobile handset game has been based on Jalsa, and is being prepared with caricatures of Ileana D’Cruz and Pawan Kalyan.

Game producer Allu Aravind said: “We will release the game very soon. There is a good craze among the children and youth about such games. Even these games are becoming popular in cell phones. We got one such game for mobiles and also an online flash game prepared at Mumbai. We will soon announce how to download the game and how to play them.” 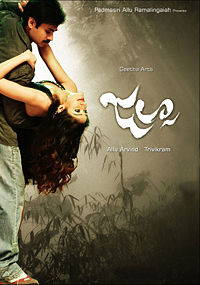 One thought on “Jalsa Bollywood movie heads for mobile game”