Nokia took to the floor at CTIA Las Vegas and showed off their latest handset the N810 WiMAX, although don’t expect this handset to become available in WiMAX connectivity markets until the summer; it’s not know if any specs have been changed or not..

The Finnish mobile phone manufacturer then went on to announce two new CDMA handsets for use in North America; the Nokia 3606 and 1606. The Nokia 3606 being the more powerful of the two has Bluetooth support, microSD slot, and 1.3 megapixel camera with LED flash. The 1606 however is a more basic feature phone which can also act as a flashlight even when its power is off. Both Nokia 1606 and 3606 should become available sometime in Q3 but s yet no price has been announced. 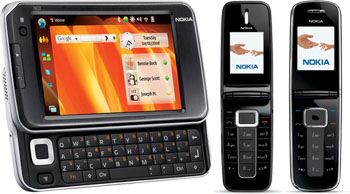