Samsung F490 now on sale with Vodafone with amazing deals

The Samsung F490 is now on sale through Vodafone, and is set to be one of their most popular phones. This is thanks to such features as the large touchscreen and 3G. The phone is almost the same in design as the Samsung Armani; however this mobile phone does not rely on a flash name to make it classy.

The Samsung F490 only weighs 102 grams, which is not that heavy for a phone packed with features. The touch screen dominates the style of this phone, and as it has a five megapixel camera will be in direct competition with the LG Viewty. The built-in camera has a range of different effects, all aimed to give you the best image possible. 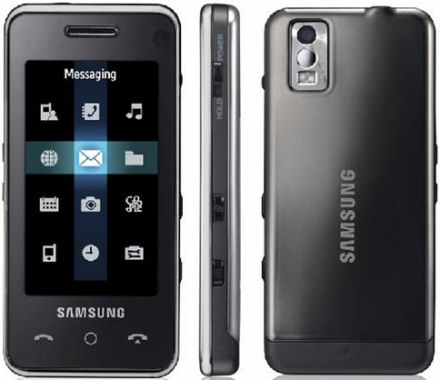 There are a range of price plans for the Samsung F490, however to get the best deal Vodafone offer an 18 Month Contract. These range from 75 to 3000 anytime minutes, with a range of Text messages included. Prices start from Â£20 to Â£75 per month.

View all the amazing deals for the Samsung F490 at Vodafone