Fring have said their native installed VoIP client for the Apple iPhone is a “special pre-release R&D version of fring” which has been created in conjunction with the Holon Institute of Technology academic research labs. With the point being of this release is to get feedback on the application in preparation for a full-blown, final release version later this year. 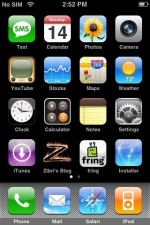 If you want VoIP on your iPhone it will need to be jailbroken and access to Installer.app, this is a native application, after all, so get to jailbreaking your iPhone if you haven’t already done so. Next add fring’s iPhone application repository (“http://fring.com/iphone.xml”) to your “Sources” list. Now just fire up Installer.app, and hit the “Sources” button located along the bottom edge of the Installer window. Then hit the “Edit” button in the upper right corner, and next hit “Add” in the upper left corner. When prompted, enter “http://fring.com/iphone.xml” into the URL field. 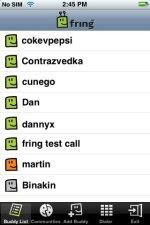 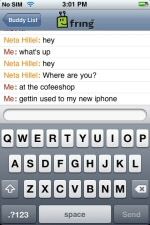 Once all this is accomplished you should see a new application category with the name “Fring” sitting in your main Installer .app window, then it’s just a matter of clicking it and installing the package; and there you have it, VoIP now on your Apple iPhone via fring.

Video below showing what fring looks like on the Apple iPhone so enjoy.