However, the most notable comment in this Apple iPhone vs Nokia S60 Touch debacle comes from Nokia CEO Kallasvuo whose statement in response to analysts suggestions that Nokia should do more in the fight against the Apple iPhone, that the iPhone handset is a “niche product.” Ok, if you say so! Anyway, MacDailyNews has an interesting take on this… 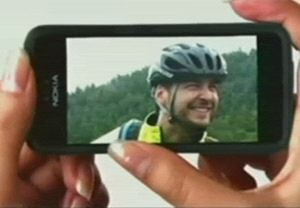 Kallasvuo is either incapable of applying the lessons of iPod to iPhone and understanding what’s coming his way or, much more likely, he understands perfectly and, since he has no answer, is saying just what many now-defunct (if they aren’t making iPod accessories) MP3-makers said a few years ago. How many “niche” products have $100 million venture capital funds ready and waiting, exactly? Candybars and way-too-late, fake 1st generation iPhones with craptastic UI’s aren’t going to cut it from here on out, Nokia boy. This June, the bloodbath really begins, and Kallasvuo sounds like he knows it.