The FCC’s report confirm what has been expected for this virtual slider variant of the HTC Touch Dual; it is to feature a 400MHz processor, Bluetooth 2.0, 265MB ROM/128MB RAM, 2.6inch touch-screen display and the usual microSD slot, while all being run with Windows Mobile 6.1 Professional operating system. 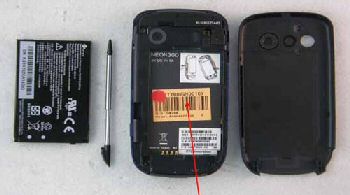 This is of course contrary to the whispered rumours that the HTC Touch Dual would come out on T-Mobile as T-Mobile MDA Touch Plus with 16 key numeric memory, whereas the HTC NEON300 with the FCC shows a slide-out 20 key SureType style keypad. However the intriguing bit is the HTC Touch Dual will have full HSDPA on 850/1900Mhz frequency bands I the U.S. which means it should be in for some serious GSM action. Although availability and price tag are not yet available, it’s waiting to see which carrier gets the HTC NEON300; we are thinking AT&T.