Europe begins getting the Samsung Soul

Back in February at the World Mobile Congress Samsung promised Europe would see their Samsung Soul mobile handset around about now, and true to their word the Soul slider is slowly becoming available, and distribution is expanding during the remained of April and into May.

Outset target areas for the Samsung Soul, Samsung’s flagship handset are the UK, Germany and France with a promise of several major European carries add their weight to the launch. 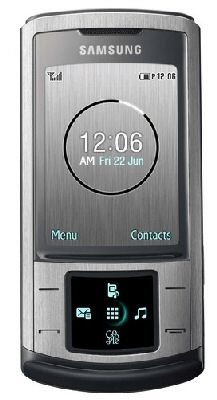 The Samsung Soul features a 5 megapixel camera plus auto-focus along with face detection technology and image stabilisation, FM radio with RDS, 7.2Mbps HSDPA, and the best has to be the OLED powered 5-way navigation rocker which changes function based on the actual phone’s mood.

One thought on “Europe begins getting the Samsung Soul”