Apple secures trademark for iPhone in Japan, Japan may get 3G?

It is reported that Apple is making friendly advances with Japanese company Aiphone, and both companies have apparently struck up a deal over the use of the iPhone trademark in Japan which allows both Apple and Aiphone to use said trademark.

Although Aiphone isn’t quite the same as iPhone, apparently, both words are indistinguishable when transferred to Japanese, so to reach an agreement over trademark, Aiphone has recently reached a friendly agreement with Apple that allows both rights to the Japanese iPhone trademark in Japan. 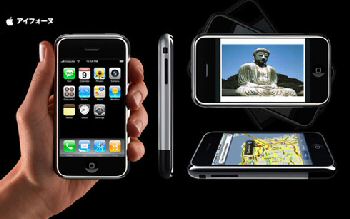 Apple and Aiphone sharing the trademark, so what? I guess though Apple probably wouldn’t go through all the hassle of securing the trademark in Japan unless maybe Apple is planning on introducing the Apple 3G iPhone to the Japanese markets sometime later this year.