Java ME app in beta launched by Skype

A Java ME based app that allows mobile phone users to make low-cost calls and chat with Skype friends has just been launched by Skype. The application is still in beta, the Skype mobile “thin” client works on roughly 50 of the most popular Java enabled mobile handsets from the likes of Nokia, Samsung, Motorola and Sony Ericsson.

Apparently there was a problem with the first release which was that Skype-to-Skype and SkypeOut calls are initially only supported in select networks such as Denmark, Estonia, Brazil, Finland, Sweden, Poland and the UK. There is no real doubt that this will change over the next several months, so in the mean time should your country be on the list, it is advised you are on either unlimited or low-cost plans as to benefit from the Skye offering. 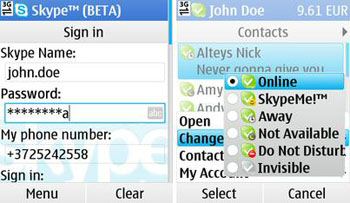