Perfectly suited for Twitter addicts id the Apple iPhone’s multi-touch display, and 3rd party Twitter app managed to boost iPhone twittering up to the next lever with Hahlo coming out as bets mobile Twitter for the Apple iPhone.

The Hahlo 3 mobile Twitter UI is ready to retake centre stage with its latest release, as the most feature rich Twittering platform suitable for the Apple iPhone. With its newly revamped UI Hahlo 3 gives the user the ability to search through Tweets, this is achieved by integration into Summize’s service.

The new halo 3 interface gives the user to ability to see who is following you, who you are following, updates, favourites, the ability to change setting such as avatar size an in-line message viewing along with being able to start following new followers.

Here we have a few shots of the new Hahlo 3 UI showing some of its cool features, however if you’re not familiar with Twitter several of the new features in Hahlo 3 may not make that much sense, however a suggestion would be to sign up and start learning. 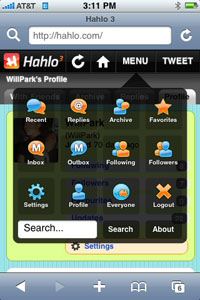 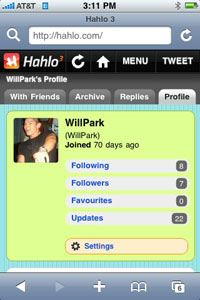 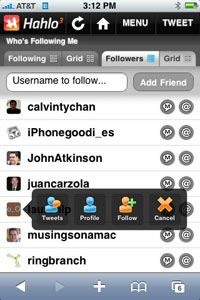 To register for the Hahlo 3 interface point your iPhone Safari at http://hahlo.com/