Would you believe it? No flash, no zoom yet the iPhone’s lowly camera has raisen to the heights of Flickr’s cameraphone camera stats. I know it sounds hard to believe but it has. 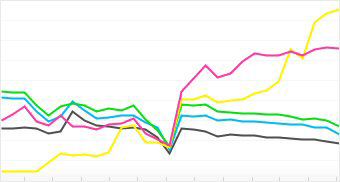 What’s more is that apparently the lower quality, and that doesn’t mean bad quality, optics and camera on the Apple iPhone hasn’t put off iPhone users from getting the Apple iPhone to the top spot on Fliickr as their most prolific cameraphone, and even more so than the top-dog of the cameraphone world the Nokia N95.

Flickr data which is based on meta-data embedded within images showed that the Apple iPhone recently surpassed all other cameraphones in the same class after a continued and steady climb to the top of the Flickr charts.