New scarlet variant of the Sidekick Slide from T-Mobile 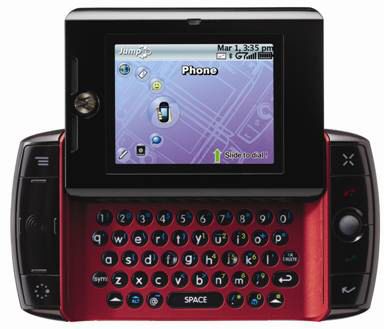 What else is there really to say about the Sidekick Slide Scarlet? Not that much really, same old same but with a different colour. Personally I think it is about time they put some other type of new slant on this tired mobile phone, the continually changing of the colourful appearance just doesn’t really do the trick at getting the Sidekick Slide up there with the rest of the more technologically advanced mobile phones.

Cost wise the T-Mobile Sidekick Slide Scarlet will set you back $199.99 on contract, and personally I’d go for something else if you are prepared to spend $199.99, after all give it a couple of months and we will be seeing yet another new Sidekick Slide hitting the shelves in yet another new colour, but still with everything else very much the tired old same.

In closing on this one, in the immortal words from Gone with the Wind (Rhett Butler to “Scarlet”) … “Frankly my dear I don’t give a damn!”