The Tocco is Samsung’s latest touch-screen mobile phone, which apparently will be running with a “new and totally unique UI” which has been designed to be customised and personalised. The Samsung Tocco sports a flashy five megapixel camera, built in Access internet browser, 2.8 inch 262K QVGA LCD display, integrated FM radio along with full music functions and 240MB of internal music storage which is expandable up to 8GB via an SD card. 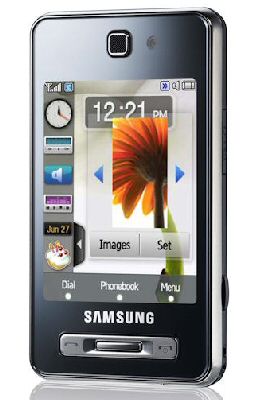 The Samsung Tocco’s “new and totally unique UI” appears to be something akin to the Vista Windows Sidebar with widgets that can be moved via “drag and drop”, and some of these widgets include a music player, radio player, along with other wonderful personal gear such as a birthday reminder.

Vice president of Samsung Mobile UK and Ireland mark Mitchinson said: “As with the extremely popular Samsung G600, we, in the UK, took the lead in the creative aspects of this inspirational phone, such as the advertising and naming of the phone, to effectively target the UK market.”