Apple 3G iPhone in stores now and in stock already, or are they?

Today is the day for the special WWDC where everything about the Apple iPhone 3G version will be revealed, at we are less than half a day away now, well as we have said so many times the rumours are coming in thick and thin and the latest news has it that the Apple 3G iPhone in stores now and in stock already, we have seen that Arstechnica and Apple Insider are reporting that stores from London to Australia have indeed received padlocked packages with instructions not to open until today. 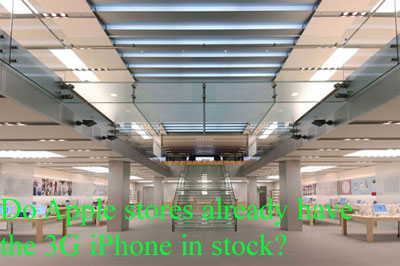 I personally know people that work in O2 in the UK and they have there conference meeting today, but know nothing about them having the Apple 3G iPhone in their stores already, but reports are saying that they have. Their meetings are happening at 5PM UK time which I know is true but no details have been given, do not blame them really as we do not want them getting the sack now do we. Steve Jobs will reveal all tonight at San Francisco time of 10am which is around 6pm UK time.