We have some details but rest assured we have lots of details and specifications coming. Everyone should be excited now because this was said “What are these next challenges? 3G, oh yes it is all true, the rumours squashed, the house was deafened by applause.

“Today we are introducing the iPhone 3G, they said this just so you know “The number one reason people didn’t buy iPhones is because they just can’t afford it (56%). So as we arrives iPhone’s 1st birthday — we’re going to take it to the next level.” “How does the iPhone 3G tackle these things? Let’s take a look at 3G. Why do you want 3G? Faster data downloads, right? There’s nowhere that you want it more than the browser and downloading email. First, the browser…” “Improved audio, it’s really, really great… and it feels even better in your hand, if you can believe it.” “Flush headphone jack.”

Other features include solid metal buttons and the same gorgeous 3.5-inch display,

“We’ve learned so much with the first iPhone. We’ve taken everything we’ve learned and more and created the iPhone 3G. It’s beautiful. This is what it looks like. “Black back!”Thinner at the edges. Full plastic back, it’s really nice.”

“We took two other 3G phones, the iPhone 3G is 36% faster than the Nokia N95 and Treo 750 — and look at the result you get, by the way! Full page on the iPhone, and quite a bit less on the other phones.” Big applause.

“It’s even more remarkable when you look at this next to WiFi — you can see 3G speeds are actually approaching WiFi. It’s amazing zippy — 17s.” They said that it is painfully slow on EDGE and that 3G version takes 21s to load.

More news coming people, it is all happening now. Check out the new photos below – 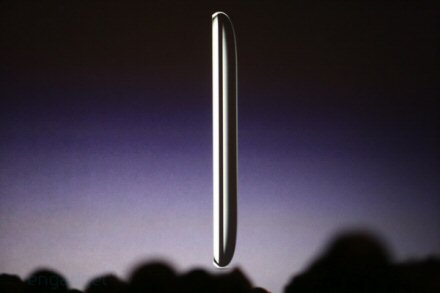 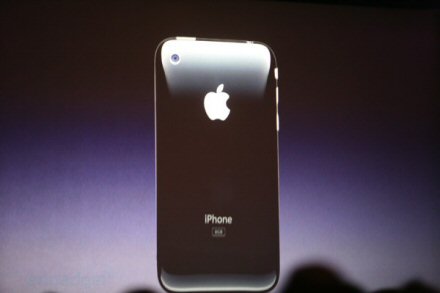 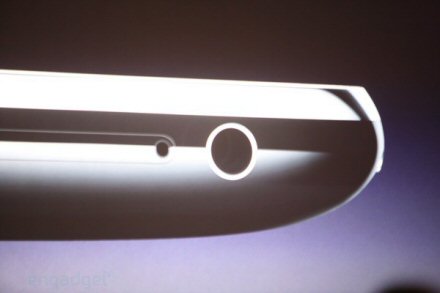 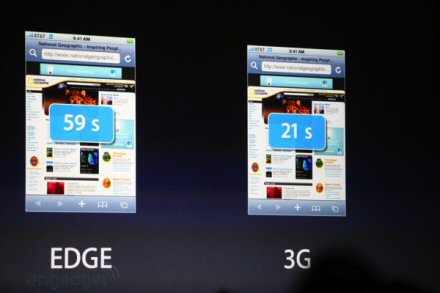 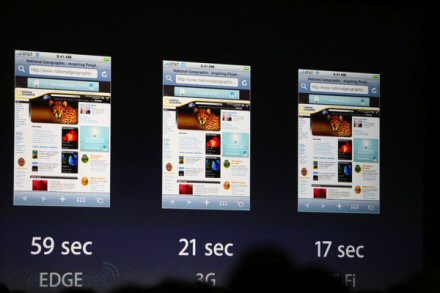 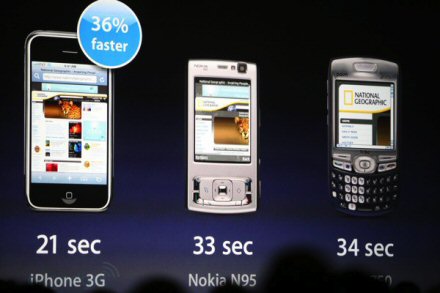 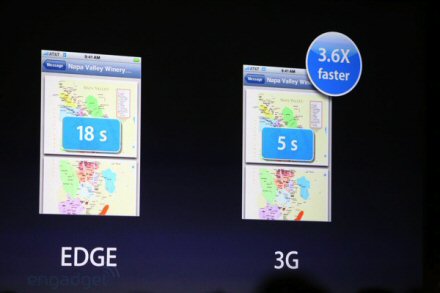