Jamaica CDMA carrier MiPhone to get Apple iPhone 3G Whatâ€™s that all about?

So, as far as we know the Apple iPhone 3G is GSM all the way right? Four bands, GSM/EDGE and three bands UMTS/HSDPA; so we find it somewhat strange that an exclusively CDMA carrier, Jamaica’s MiPHone is actually carrying the Apple iPhone 3G?

Furthermore, MiPhone’s own international roaming agreements are all with CDMA carriers such as in the States Verizon, Sprint, Alltel and MetroPCS, so it is strangely unclear just how or even what they are planning to launch, but we figure there are a couple of possibilities. 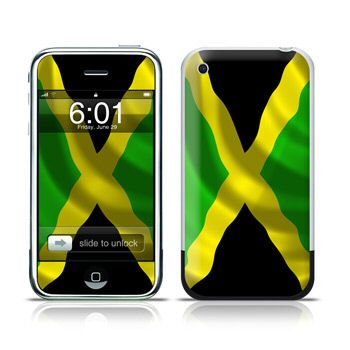 MiPhone could have negotiated a roaming agreement with some GSM carrier in Jamaca, can’t really see what profit would be gained from this type of arrangement as iPhone customers would be roaming all of the time. Maybe MiPhone just simply didn’t receive the memo which says WCDMA doesn’t actually mean CDMA, if so there are going to be a few red faces at MiPhone.

Perhaps secreted somewhere inside the Apple iPhone 3G there is lurking a hidden CDMA support that none of us know about, but that I doubt. Perhaps Apple have tipped the wink to MiPhone that they have a CDMA version iPhone lurking in the wings, although that is extremely doubtful. Lastly, unlocked iPhone 3G handsets will be offered through MiPhone only for use on other networks, a possibility I guess.

An update to this is that MiPhone may be branding its GSM 850network as Claro which would match America Movil uses across Latin America, although just where this leaves MiPhone’s entire CDMA network is still cloudy.

One thought on “Jamaica CDMA carrier MiPhone to get Apple iPhone 3G Whatâ€™s that all about?”