Boogie energy into your mobile with the Dance Charge by Orange

How about hitting the dance floor and boogying your way to charging your mobile phone? Well it is now possible because Orange has announced the launch of their mobile phone prototype charger which is apparently powered by dance energy!

Orange, working with renewable energy company, GotWind, they were the guys who were responsible for the orange ReCharge Pod (see here) say the Orange Dance Charge is the results of several months of hard research into alternative sustainable energy sources which will power mobile handsets through the summer music festivals. 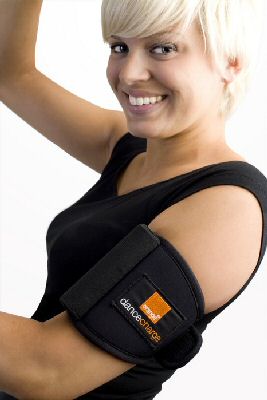 Orange says it: “commissioned the research into a kinetic energy portable phone charger that would harness the energy created by festival revellers dancing to their favourite bands to ensure a clean and renewable energy source.”

The Orange Dance Charge prototype is to be shown at Glastonbury (same place as the Orange ReCharge Pod) and weight only 180 grams with a size of 4 Â¼ inches x 2 Â½ inches, and comes encased in an elastic black neoprene strap with Velcro fixings. The user then straps the Orange dance Charge to their bicep much the same as a runner straps on an arm-mounted MP3 player and the like. 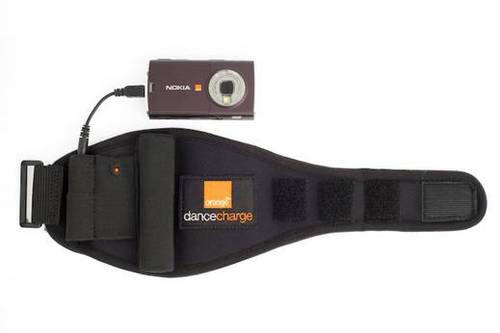 As the user begins to dance and sway to the music, and thus move their arms, a specially designed system of magnets and weights, similar to the technology of kinetic energy watches, will produce an electrical current which then in turn provides a top-up charge to a storage battery, thus when the user is done dancing and returns to their tent they have a battery ready to charge their mobile phone.