Word is out that Samsung is to launch a new rugged style candy-bar design mobile phone, the GT-B2700, which has been certified to be resistant to dust and water. Samsung’s idea is to take on this relatively underserved and often neglected mobile market and bring to the mobile user a stylishly designed, rugged mobile phone.

Apparently, if you noticed the number now starts with GT rather than the usual Samsung SGH, this shows that the mobile phone is GSM and is first in a new line for Sansung. 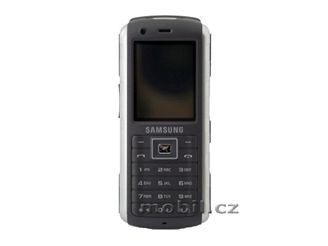 The Samsung GT-B2700 measures 115 x 52 x 18mm, and unfortunately doesn’t support video calling or second camera, however the rugged appearance should attract customers. The GT-B2700 has been tested for durability to the IP54 level which means dust particles larger than 1mm cannot enter the phone, and that it is resistant to water splash.

The Samsung GT-B2700 rugged mobile phone should be available in Czechoslovakia sometime during the summer at a price of roughly $330 USD, about 210 EUR.