It was obvious and expected for Apple to post an iPhone guided tour on their Japanese website, obviously to get the Japanese ready for the iconic iPhone, as with most other websites.

However, the one thing probably no one was expecting is to find the guided tour demonstrating the new character recognition feature that has been built into the Apple iPhone 2.0 OS firmware.

The new Apple iPhone 2.0 OS, having already gone “gold” will be bringing character recognition to those countries that have demographics less in line with “Apple Bob” and who would simply prefer someone a tad more Asian looking maybe like this guy in the image. 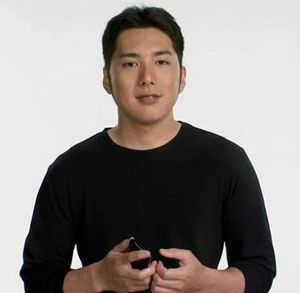 Not bad if you can actually understand Japanese, but then again it is only meant to be for the Japanese viewers. But if you fancy taking a look at the character recognition on the Apple iPhone 3G for Japan, feel free to hit up Apple Japan