Rogers Canada just maybe have ticked Apple off a bit with their pricing, and it could easily be construed as penalizing action by Apple, as the word is Apple is considerably downsizing iPhone 3G allotments to Rodgers just days before launch.

Over at Smithereensblog Daniel Smith informs that he actually has conformation from quite a few sources on this matter, and includes a senior Rogers rep, stating Apple has cut down Rogers iPhone 3G stock for launch day and is diverting them to the European market. 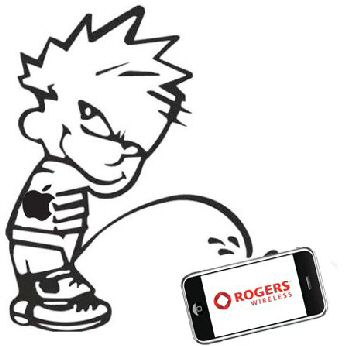 You’ll probably remember Rogers has been receiving a huge consumer ear bashing ever since the Canadian GSM carrier put out their Apple iPhone 3G rate plans.

The results of which was a online petition which had now garnered in excess of 47,000 signatures from Canadian and foreign irate consumers across the globe who are simply outraged at Rogers greedy high data rates.

Said petition was originally started hoping to force Rogers into reworking their exorbitant data pricing schedule and fall more in line with that of AT&T’s iPhone 3G offering meaning, unlimited data for at least some of the Rogers’ iPhone 3G rate plans.

Apparently, Rogers, RIM and Apple insiders have been tipping off Smith’s source that there is possibly an Apple-Rogers rift forming which has led to Apple reducing Rogers launch day supply to just 10 — 20 iPhone 3G handsets per Rogers’s store for July 11th.

If true, it would appear that Rogers have finally shot themselves in the foot. Well if you get too greedy and can’t fall in line with the main guy meaning Apple, then you are bound to receive a slapped wrist. Rogers should have seen it coming.