Two points with this new website, first off for a donation of â‚¬759, which is approximately $1,206.00 you not only get the Nokia N96 special edition but will also be helping the WWF project which is to save red pandas in Nepal. 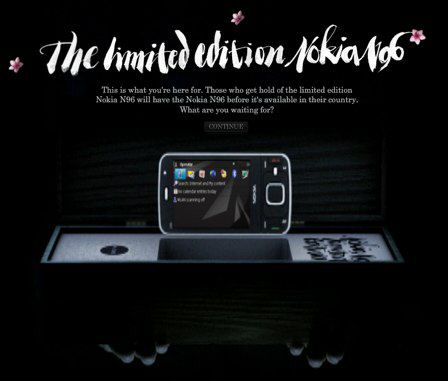 Secondly, the Face The Task website is worth a quick view for the high kicking girl alone, some good moves there. As far as we understand it there are to be 96 of these special edition Nokia N96 handsets specially packaged and up for grabs by forking over the donation.

The other way if you simply can’t afford the â‚¬759 is to enter the competition and try to win a Nokia N96 special edition which will be presented in a limited edition ash tree box inside a raw silk bag and an 8GB microSD card.

Face The Task video below…

One thought on “Nokia N96 special edition you take the challenge Face The Task: video”