For all you Sony Ericsson fans out there you’ll be pleased to know Sony Ericsson has released a new mobile phone, the Sony Ericsson T303, a stunning slider style mobile handset which was supposed to be released on July 14th but Sony Ericsson altered the release date to 18th July for some reason.

The Sony Ericsson T303 has apparently been designed to “promote broader appeal to a wide audience.” The T303 is a compact slider mobile which has been allotted the high end treatment with metal housing and chrome finish and a mirrored screen. 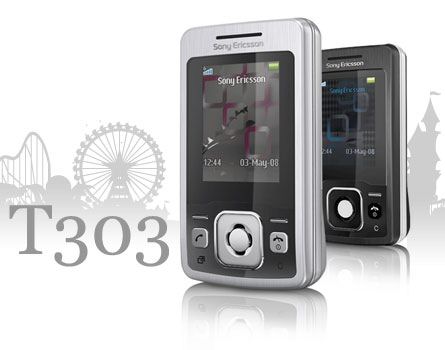 Pricing on the Sony Ericsson T303 is not yet available.