If you are one of those iPhoner’s who is quite content grabbing the odd app that Apple dictate you can have from the App Store then all well and good. But if you are an iPhone of the ilk that rules are meant to be broken this is another reason to jailbreak that iPhone 3G.

The new Pwnage Tool 2.0 and Winpwn offer up jailbreak solutions that offer true multitasking apps from rogue 3rd party developers, thus allowing more than one app to run in the background. 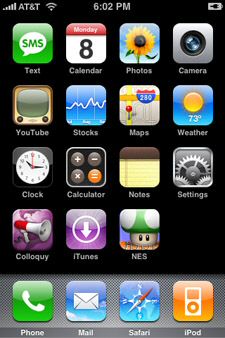 While official Apple App Store apps such as Safari and Mail have no problem with multitasking unofficial 3rd party apps do, and this is where jailbreak apps step in, as posted on iPhone Atlas.

Jailbreak developers aren’t restricted to the iPhone SDK so that can develop apps that take full advantage of all the iPhone’s resources. Which means jailbreak apps can run in the background allowing true multitasking support alongside Apple’s own iPhone apps.

Prolific iPhone developer Jonathan Zdzairski says: “This means that it doesn’t matter what kind of desktop OS you run, you can still build great iPhone apps. Some changes have been made to the private API headers from v1.x to make them code-compatible with 2.0. This means most of your 1.x applications will rebuild for 2.0 with very few, if any, changes. Saurik has also provided a signing tool to sign your applications (ldid -S /path/to/binary). You’ll need to do this only once to make your application run.”