Now here’s a bit of surprising news on Research In Motion’s Blackberry Bold, apparently the very first carrier to launch the BlackBerry Bold in the world and place it in the public’s hands is Movistar in Chile.

Movistar are certainly proud to be the world’s first carrier to launch the BlackBerry Bold, and they are shouting loud enough to let everyone know what a coup they have managed to pull off. 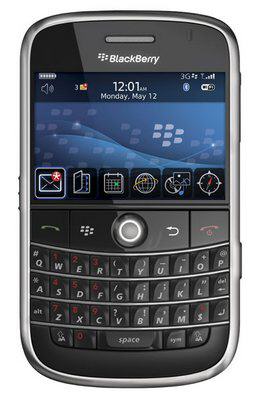 Movistar are proclaiming “FIRST ONES IN THE WORLD” on a red banner swathed across the BlackBerry Bold image on their website.

Just how Movistar managed to pull this launch coup off I have no idea and Chile seem a strange place to let loose the BlackBerry Bold on the world, to me anyway, but no doubts it will be launching elsewhere in due course.