The word going round is that the HTC Touch Diamond will be known as the HTC Victor when it hits Sprint in CDMA form and will sport a 528 MHz CPU along with 256MB ROM and 256MB RAM and 4GB internal memory. 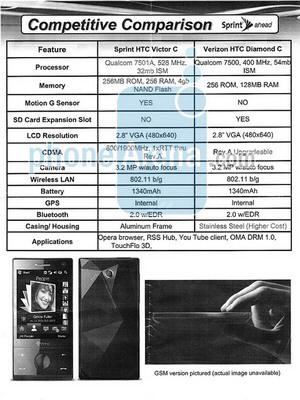 Then we have the HTC Touch Pro, or Raphael, this one will be known as the HTC Herman on Sprint’s CDMA, and actually mirrors Verizon’s version of the HTC Touch Diamond thus loses the 4GB internal memory. 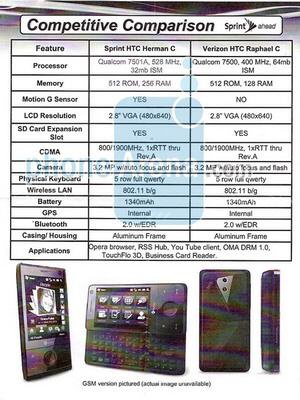 With Verizon, they will stick with the original naming the HTC Raphael with 512MB ROM and steel frame rather than aluminium.