Blow for RIM: HSBC may switch BlackBerry for iPhone 3G

It appears that the HSBC is considering dropping Research In Motion’s BlackBerry mobile phones if favour of the Apple iPhone 3G for its employees, and if they do it could well mean Apple receiving a large order for in the region of 200,000 iPhone 3G’s, which would be Apple’s largest order so far.

The switch by the massive workforce of HSBC would of course be a substantial blow to Research In Motion in their war with the Apple iPhone 3G as the HSBC has an annual tech budget of $6 billion and a tech team that supports 300,000 workers.

It is believed the lack of Exchange support has swayed HSBC into considering dropping RIM, by with the latest 3G devices, HSBC will according to ZDNet Australia, make the switch. 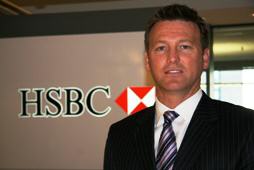 Brenton Hush, HSBC’s Australia and New Zealand chief information officer, when asked if the BlackBerry still gives superior functionality via an enterprise standpoint, he responded: “No, I don’t. I think the iPhone would change some underlying infrastructure considerations from an enterprise perspective. But Apple has been pretty smart with the design.”

When asked when HSBC may make the decision he replied: “A decision on a piece of hardware like that would potentially be deployed, conservatively, to 200,000 people. You know, it’s a big decision, especially when you have an existing fleet out there.”

So does this mean RIM is about to lose a large battle to the Apple iPhone 3G? The BlackBerry/iPhone 3G war has begun.

2 thoughts on “Blow for RIM: HSBC may switch BlackBerry for iPhone 3G”