At the 2008 annual European Imaging and Sound Association awards, three mobile phones strolled off with a trophy; the Samsung G810, the Walkman series Sony Ericsson W980 and the HTC Touch Diamond.

The best European music phone went to the Sony Ericsson Walkman W980 of course, mainly due to it large number of audio formats supported along with good functionality and sleek appearance. 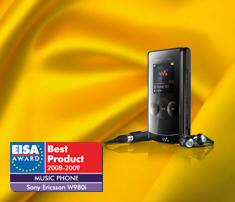 Also taken into consideration was the innovative SenseMe and Shake control features, and of course the Walkman line flagship is worthy of the prize.

The Samsung G810 came along a whole year after its main competitor the Nokia N95, which no doubt is why is didn’t really become that much of a success. However, the G810 is more than a capable mobile phone incorporating a Xenon flash and optical zoom, so we can see why it scooped an award. 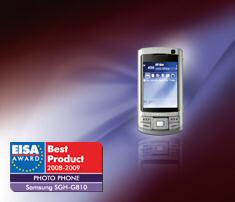 Best smartphone award went to the HTC Touch Diamond, which is a little surprising considering the Windows Mobile community have been somewhat divided over the Touch Diamond and the Samsung Omnia for the last few months. 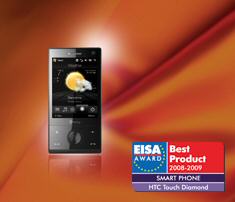