There have over the internet been several long discussions over the issues on the Apple iPhone 3G, mainly to do with he connectivity problems quite a few iPhoners have been experiencing.

So it appears some ingenious Swedes have run a scientific method and discovered that the Apple iPhone 3G performs as a Sony Ericsson P1 and a Nokia N73 when being compared head to head in a mobile communications test chamber. 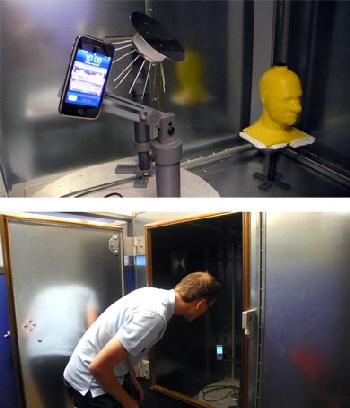 This scientific test was carried out and evaluated by real life antenna engineers, much like those who are at the FCC.

Antenna engineer with an M.Sc. in Engineering Physics, Magnus FranzÃ©n, says: “The values are completely normal.”

This test was done twice with the iphone. Once with wlan, gps and bluetooth switched off and once with everything switched on. This was to see if it would have difficulties keeping the network connection due to noise from the other signals.
But there was no difference.

So does this mean there isn’t a problem with 3G? Or does it mean that there is yet another underlying problem which even these engineers haven’t located yet?