Motion power coming to iPhone next year from M2E Power

Last year M2E Power burst onto the mobile scene with promises of powering gadgets via human movement, and now M2E Power says they have made some progress with their device, and state it should become available sometime next year.

According to M2E Power their wonder charger should be able to charge devices such as an Apple iPhone for up to 30 to 60 minutes of talk time after six hours of cumulative motion. 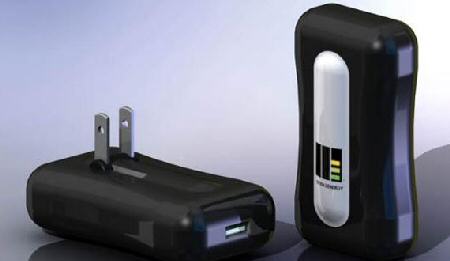 The idea is to place the M2E Power charge into a purse or pack and let it charge in the background, according to M2E Power’s Regan Rowe, and says: “Handset manufacturers are under pressure to deal with electronic waste issues and show they are looking for more sustainable practices. But because those products take a few years to design and develop, it will likely take at least two years before a self-powered mobile phone is commercially available.”