The big question at the moment is what is to blame for the 3G data speed drops, hardware, firmware, software, or networks? Well it is slowly becoming evident that it isn’t the Apple iPhone 3G hardware as data is pointing towards the wireless networks themselves as being the cause.

The latest news from Wired’s global iPhone 3G data speed survey makes for some quite interesting interpretation on the subject. 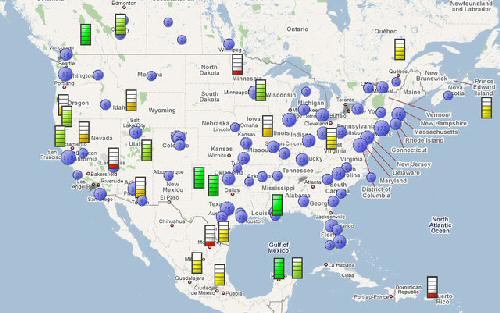 The survey data shows the iPhone 3G works best in countries with fully mature 3G infrastructure which is capable of giving 3G data as faster than US speeds while showing that it is likely the US 3G infrastructure is most likely to be at blame for the failure of the Apple iPhone 3G,s problems

As it stands, according to the survey T-Mobile Europe serves up the fastest 3G; Canadian Rogers and Fido come in second fastest 3G; while US AT&T along with Telstra, Telia, and Softbank coming in third; and Australia Optus and Virgin coming in the slowest.

On a final note: in the supposedly 3G-rich area of San Francisco 10 out of 30 participants in the survey reported very low 3G speed barely surpassing EDGE.