It appears the Apple big wig Steve Jobs snuffed it via electronic gaffe yesterday, as a slip up by news outlet Bloomberg mistakenly sent an incomplete obituary of the Apple CEO over the wire.

A tipster managed to get hold of the retraction file and sent it to gossip blog Gawker. This file not only contained the preliminary obit on Jobs, but also listed contacts for a more extensive story. 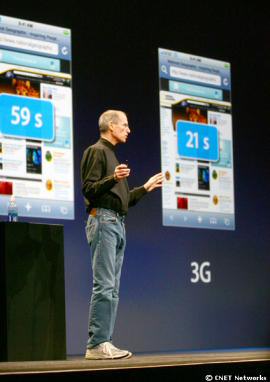 To summarise Mr. Jobs accomplishments as per obit was that he “helped make personal computers as easy to use as telephones, changed the way animated films are made, persuaded consumers to tune into digital music, and refashioned the mobile phone.”

This pre-obituary isn’t out of the ordinary for large news outlets as they tend to have notable peoples obits well prepared in advance, so when the time does come only minor detail need adjusting.

Bloomberg of course released a retraction soon after, which only made a vague reference to the content of the gaffe.