Palm Pre spotted in open: Are these real?

Ok apparently the guys over at BGR have a couple of pictures of the Palm Pre out and about in the wild being used by a couple of youths, but are they the real deal.

Apparently the identities of the people using the Palm Pre handsets are not known, but the image was captured at what is apparently called “the annual Bring Your Own Big Wheel race”. 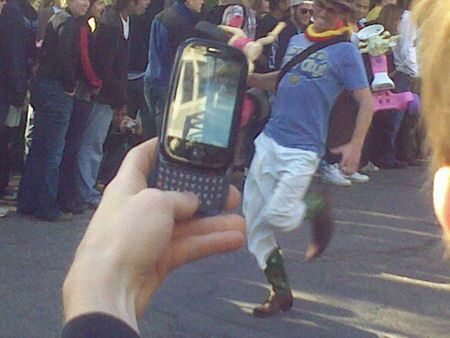 So what do you think readers, are these Palm Pre’s the real deal, or is this just another photoshopper playing the rumour game? Of course if you happen to know who these two are then drop us a comment to confirm the Palm Pre is out.