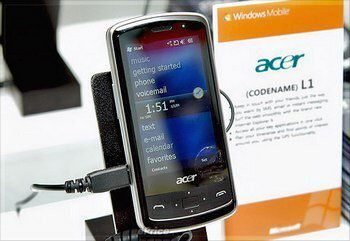 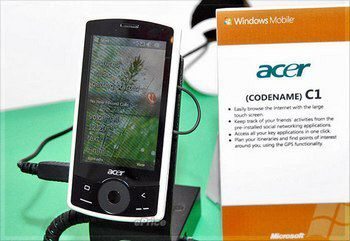 The Acer L1 is a mid range handset which will probably sport a slide out numeric keyboard, five-way navigation key to enable touch-less operation, an Acer designed user interface plug-in, and a 2.8 inch touch screen, again expected in September.

Finally the Acer C1 will pack Windows Mobile 6.5 along with a 2.8 inch touch screen, 2 megapixel camera, and 528 MHz CPU. The Acer C1 is also expected to follow in September. However, Acer has not revealed any other details or prices.