BlackBerry OS 5.0 is an incremental evolution in BlackBerry software and is “officially” coming to BlackBerry smartphone in the not too distant future. 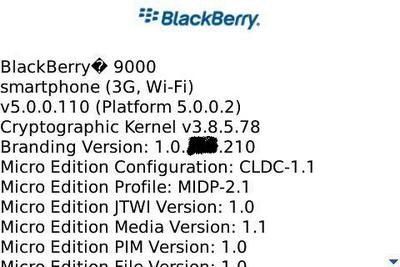 Crackberry has a few screen caps and more improvements in BlackBerry OS 5.0 and has posted the information on their website, including BlackBerry Messenger and tweaks such as being able to submit feedback on apps, enable/disable data while on a call, pick your default mapping app and more.