CES 2011 is kicking off and this year it is going to be massive with smartphone and tablet announcements, it looks like there will be a possible official announcement of the new Sony Ericsson XPERIA X12.

There are CES 2011 posters showcasing what looks like the new smartphone from SE and on December 2 2010 we revealed a few details covering the possible specifications including Android 3.0 Honeycomb OS, 4-inch Retina Display, powered by a Tegra 2 processor and with a massive 16-megapixel camera, also coming with ultra-thin design, Bang&Olufsen speakers and multitouch support.

Well we have learnt a little more since then and it seems according to sources that the Xperia X12 will be between 7-9mm thick, if this is the case it stands to reason that they are going to give customers a very thin phone indeed. 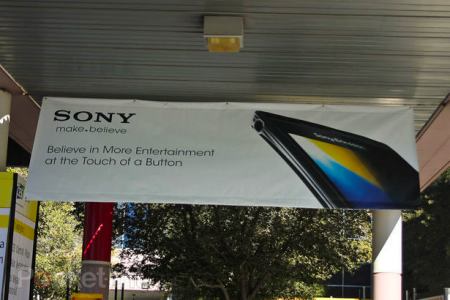 Previous leaks on the web say that the smartphone will land somewhere in Q1 2011, even though we have given you the speculated specs above it seems that the smartphone has more to offer than we first thought if all true such as a 4.3-inch LCD capacitive display with 854 x 480 pixel resolution, the camera will sport between a 8.1 or 12 megapixel camera with autofocus and Exmor R technology, which means a 16 MP is a little more than we first thought. It is looking more like Google‘s Android 2.3 OS, HDMI-out and 3.5mm audio jack plus a 1500mAh battery will feature.

CES 2011 is going to be hot and of course we will be bringing you as much news as possible including information on the Sony Ericsson XPERIA X12, stay tuned and keep updated by joining us on Twitter and Facebook.

If you would like to see more pictures please visit Pocket-lint and Engadget.