When the multi-platform game Angry Birds launched on the Android platform the successful game was offered for free and subsequent versions and updates have also been free via hitting up the Android Market, but not with Angry Birds Rio apparently.

According to an article over on Engadget and by way of Androinca, the Amazon Blog has announced that Angry Birds Rio for Android will be offered exclusively by the Amazon Appstore.

But what does that mean to the everyday Android user that looks forward to the latest Angry Birds on Android? Does this mean Angry Birds will no longer be free to the Android faithful, and what about the Android Market surely the game has to come to the official place for grabbing Android apps sooner or later?

Will you be getting your fix of Angry Birds for your Android device if the only way to get it is to purchase it from the Amazon Appstore, or will you simply forget about Angry Birds and move onto some other free mobile game? 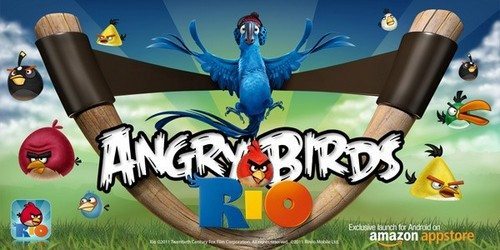