So now that the next generation iOS tablet is finally out in the field as it were, it appears that the Apple iPad 2 isn’t as super-duper as one first expects as apparently some of the tablets are having light bleeding problems.

Apparently some users have noticed a “yellowing” on the Apple iPad 2 display although apparently this problem is expected to resolve itself according to Phone Dog; however a bigger problem has come too light and that is light leakage around the iOS tablet’s display.

The light bleed problem has been captured on video, which we have for your viewing consideration below courtesy of the I am phones YouTube page, that is more noticeable when viewing dark images and apparently varies from device to device.

However according to Phone Dog, user that have encountered this issue have been able to lessen the problem by making the display brightness lower. Apparently Apple hasn’t come forward to acknowledge the Apple iPad 2 light leakage problem as yet.

So head on down, hit that play button and check out the footage, then check your own Apple iPad 2 and feel free to let us know if you are experiencing the same issue to a degree. 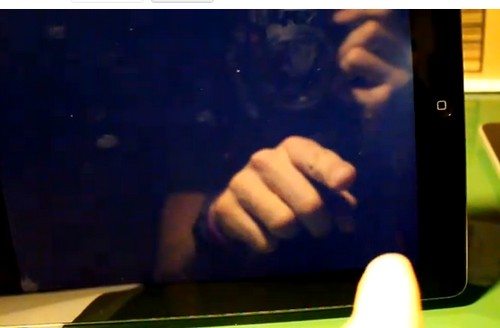