The Android faithful are probably aware that Sammy is working on a WiFi only version of their Samsung Galaxy Tab, but up until now there was no word on just when the Android community would see the WiFi 7-inch tablet; however that has now changed.

According to an article over on Android Central, the guys over at Droid-life have come into possession of an advertising flyer, which touts the WiFi only Samsung Galaxy Tab as becoming available on the 4th of April.

Of course that means if Android tablet users want Android 3.0 Honeycomb then they’ll probably go for the Motorola Xoom or other honeycomb device as there is no word from Samsung if or when the Galaxy Tab range will be boosted to the tablet centric OS. 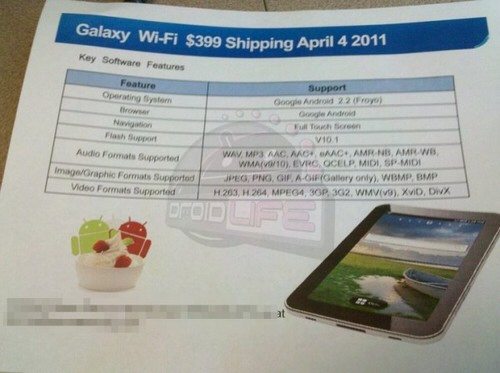