Unfortunately though unlike previous Angry Birds games for Android angry Birds Rio isn’t available from the Android Market and also like previous version of the game is free to Android users as Amazon has discounted the price by 100%…sweet.

However, unfortunately Angry Birds of Android appears to be limited to only US Android users as the Amazon App Store is only available in the US of A, which means overseas Angry Birds fans miss out on this one.

The Angry Birds Rio app for Android features the same 60 levels as the iOS version, so for all you Android games in the states you can grab the game while us in the UK and other countries will have to hope that Amazon doesn’t have exclusivity over Angry Birds Rio for too long.

What are your views on Angry Birds Rio only being available for US Android game players, its it fair on other Android users or not? 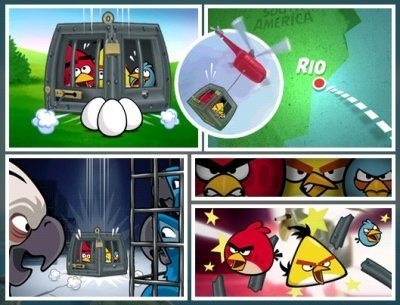