Not too long ago Apple decided to push out three new adverts for the iPhone 4, and each of these TV commercials for the iOS device used the line “If you don’t have an iPhone, you don’t have…”, you can check out those ads (here).

Basically the new Android video reels off what you have if you don’t have an iPhone, such as freedom, choice, true multitasking, a decent OS, and a multitude of others and apparently was made in retaliation to the iPhone 4 commercials.

Of course we have that new Android video for your viewing pleasure below courtesy of the guys over at Daily Mobile and by way of YouTube user Mmace.

Apparently the video was made because the Apple adverts make people believe that the iPhone is the only mobile operating system capable of things they say, when it isn’t.

So check out the video below and feel free to let us know if you agree or disagree that Android offers just as much as iOS if not more…enjoy. 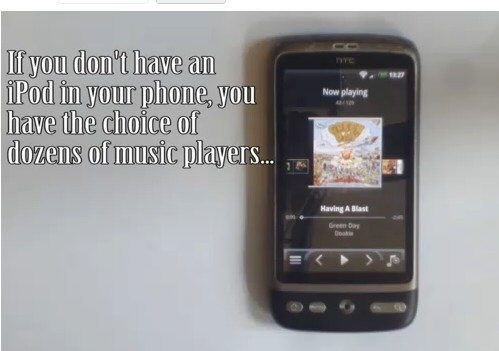