You may or may not be aware that the new HTC EVO 3D smartphone doesn’t actually sport an HDMI port, but that doesn’t mean you wont be able to send your content to your TV as apparently the HTC EVO 3D doesn’t need an HDMI port to do so.

According to an article over on Phandroid, HTC has partnered MHL, which stands for Mobile High-Definition Link that has a cable adapter that plugs into the handsets microUSB port while on the other end in a HDMI plug, thus changing the microUSB into HDMI.

Apparently all one need to do is plug the cable into the smartphone’ microUSB port and the other end into the HDMI on your TV set and bingo you’re ready to go. Furthermore apparently the cable send video and audio but also charges the device while doing so.

Currently there are only two smartphones that have MHL tech, the HTC EVO 3D and the Samsung Galaxy S II, but there is a downside, even if you have one of the smartphones you will require MHL tech on your TV and thus far the big players in the TV market haven’t come aboard the MHL train.

We have a quick introduction video of MHL for your viewing consideration below if you wish to learn more about the technology. No doubt if MHL catches the eye of the TV maker big boys such as Samsung, Toshiba and Sony more will start incorporating the tech in future. 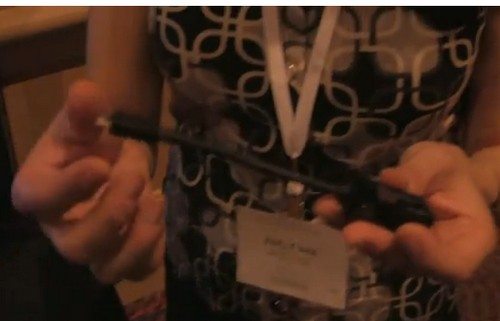