So how about a battle of the Android 4G giants whereby the HTC Thunderbolt 4G goes face to face in a comparison battle against the HTC Inspire 4G? Good because that’s exactly what we have for your viewing pleasure.

Aaron Baker over at Phone Dog has done the deed in pitting these two Android 2.2 Froyo 4G enabled smartphones against each other in a two-part video, so basically also pitting a Verizon 4G handset against an AT&T 4G handset, so an added bonus.

Spec wise there isn’t much difference between the two Android devices with the exception of the HTC Thunderbolt sporting a front facing camera while the HTC Inspire doesn’t, and of course the Thunderbolt has that built-in kickstand, but the Thunderbolt costs $249.99 on Verizon while the Inspire 4G costs $99.99 on AT&T.

So will these two Froyo 4G smartphones come out equal, can the HTC Inspire 4G take down the HTC Thunderbolt, will there be a clear winner in the Thunderbolt versus Inspire face off? To find out you are going to have to hit those play buttons below, and feel free to let us know if you agree or disagree with the outcome…enjoy. 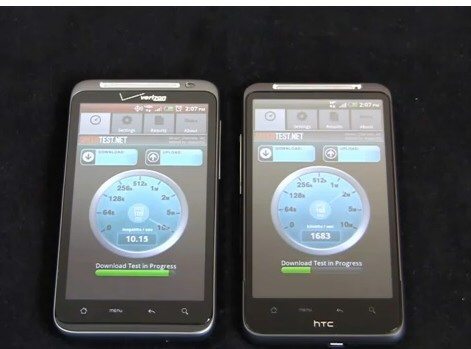