Apple iPad May Gain Spaces Style Feature According to Patent

It could be that Apple is working on a new feature for their iOS tablets in the form of Spaces, a feature that was first seen in Mac OS X Leopard back in 2007 that enables a user to manage multiple virtual desktops.

According to an article over on the Boy Genius Report, the guys over at Patently Apple have come across an Apple patent filing that describes the Spaces -like feature that may be headed for the Apple iPad.

Apparently it isn’t too clear whether the Spaces function would be used as a card based app switcher as a true multitasking, multi-desktop app such as found on the RIM BlackBerry Playbook and webOS, or whether Apple has simply patented it just in case they decide to deliver it at some point in the future.

Anyone whishing to check out the full low down on the Apple patent filing can do so by hitting up the Patently Apple website where they give a brief summary of the patent.

So how about it iOS tablet fans would you like to see a Spaces style feature come to play on the Apple iPad? 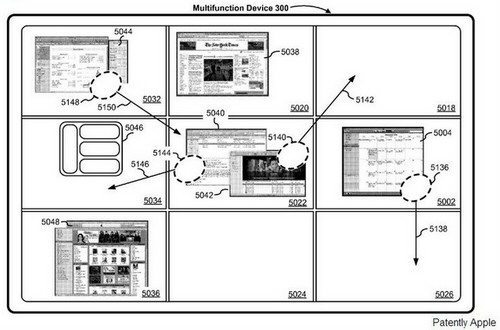