The Sprint version of the Android tablet the HTC Flyer, known as the HTC EVO View 4G tablet was originally thought to come out to play sporting the Android Gingerbread operating system rather than the tablet centric Android Honeycomb OS, but that seems to have changed.

According to an article over on Android Community and by way of Cnet, it appears that Sprint has confirmed that the HTC EVO View 4g device will indeed come out to play packing Android 3.0 Honeycomb as they have stated on their coming soon page.

Rumours had it that Google was putting a halt on Android 2x tablet devices upgrading to Android 3.0 Honeycomb; however HTC belayed that particular rumour by announcing the HTC Flyer would be upgraded to Honeycomb.

Thus for those that may have considered bypassing the HTC EVO View 4G because of the lack of Honeycomb then you may just like to think again, although no word from Sprint on any pricing as yet. 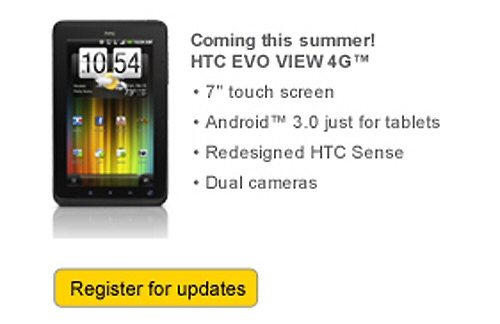